The Harvard Club of Chicago cordially invites you and your guests to join us for our 54th Annual Award Dinner on Saturday, February 22, 2020 at 6pm at The Chicago Club.

In conversation with our past President Richard W. Shepro AB75 JD79, President Zimmer will discuss the major challenges facing universities in general and how the University of Chicago is handling these issues, including free expression on campus, academic freedom, global competition, university access, student debt, immigration, and vital research.

We are offering individual tickets as well as opportunities to support the Club and our Harvard community through Patron, Benefactor (table), and individual Sponsor tickets.

We look forward to seeing you and your guests on February 22nd!

RSVP*: This event fills quickly, so please respond soon!  You may purchase all tickets here.

*Registration closes no later than 2/19/20, 4pm Central. No refunds unless cancellation is received by 2/18/20, 4pm Central.  If you are in need of a sponsor ticket, please contact us (all information will be kept anonymous). 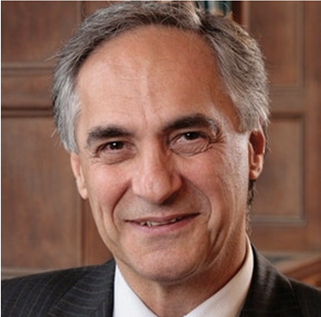 On July 1, 2006, Robert J. Zimmer became the 13th President of the University of Chicago.

Prior to his appointment as President, Zimmer was a University of Chicago faculty member and administrator for more than two decades specializing in the mathematical fields of geometry, particularly ergodic theory, Lie groups, and differential geometry. As a University of Chicago administrator, Zimmer served as Chairman of the Mathematics Department, Deputy Provost, and Vice President for Research and for Argonne National Laboratory. He also served as Provost at Brown University from 2002-2006, returning to Chicago in 2006 to become President of the University.

President Zimmer is the author of three books, Ergodic Theory and Semisimple Groups (1984), Essential Results of Functional Analysis (1990), and Ergodic Theory, Groups, and Geometry (2008); and more than 80 mathematical research articles. He served on the Board of Mathematical Sciences of the National Research Council from 1992 to 1995, and was on the executive committee from 1993 to 1995. Zimmer held the title of Max Mason Distinguished Service Professor of Mathematics at Chicago before leaving for Brown, where he was the Ford Foundation Professor of Mathematics in addition to being Provost.

President Zimmer has honorary degrees from Tsinghua University and Colby College. In 2017 he was given the Philip Merrill Award for Outstanding Contributions to Liberal Arts Education by the American Council of Trustees and Alumni (ACTA). He is a frequent commentator on free expression and academic freedom.

We are honored to recognize Mr. Zimmer's contributions and impact on Chicago and the global academic community.

Patrons & Benefactors: The Harvard Club of Chicago is 501(c)(3) non-profit organization serving Harvard students, parents of current students, and Harvard alumni throughout the Chicago area. Our membership fees support only a portion of our expenses. Our Schools Committee work, including organizing more than 1,300 Harvard College applicant interviews per year, is supported by generous donors. Our programs, averaging twenty per year, strive to break even. Your support for the Club through your membership and Patron or Benefactor (table) purchases at our Annual Dinner make our operations possible and are greatly appreciated. All Patrons & Benefactors will be listed (with permission) in the Award Dinner program.

Sponsor Tickets: This year, we are offering the opportunity to support those in our Harvard community who may not have the resources at this time to attend the Annual Dinner. If you wish to sponsor a member of our local Harvard community, please consider purchasing a Sponsor ticket in addition to your own. Sponsor tickets are made available to those who contact us. All sponsor recipient information will be kept anonymous.

The Harvard Club of Chicago

The Harvard Law Society of Illinois

The Harvard Medical Society of Chicago