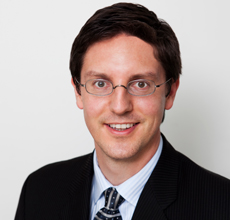 Leadership matters - it matters in business, in government, and in schools. No great human accomplishment ever happened without great leadership, and transforming public education is no exception.
(New Leaders, 2014)

Please join the Harvard Club of Chicago on February 4 for a panel discussion moderated by Ben Fenton, social entrepreneur and co-founder and Chief Strategy Officer for New Leaders, a non-profit organization devoted to the development of school leaders ready to drive student achievement in the nation’s highest-need school districts. Ben is a graduate of Harvard College and the Harvard Business School, where he received the Fiske Award for excellence in teaching in the Economics Department.
The panel will highlight the policies and practices that allow great leaders to be successful, and will feature federal and state policy perspectives as well as leaders currently in school and district leadership positions in Chicago Public Schools.
Joining Ben Fenton on the panel will be:


SPEAKER BIOS
Benjamin Fenton | Co-Founder and Chief Strategy Officer, New Leaders
Together with several other social entrepreneurs, Ben co-founded New Leaders in 2000. In his current role as Chief Strategy Officer, Ben leads the organization’s policy and practice services, helping states and districts develop new policies, strategies and tools for principal evaluation and principal effectiveness. A recognized expert on principal quality, he is the lead author of the New Leaders white papers “Principal Effectiveness” and “Evaluating Principals,” and he co-led the development of the Urban Excellence Framework, a detailed field guide of the school practices and principal actions found in high-gaining urban public schools.
Ben is a founding board member of Teach Plus, a nonprofit dedicated to retaining and developing great teachers. He is a former consultant at McKinsey & Co., focusing on marketing and operational efficiency. Ben is a graduate of Harvard College and the Harvard Business School, where he received the Fiske award for excellence in teaching in the Economics Department.

Robin Steans | Executive Director, Advance Illinois
Robin currently serves as Executive Director of Advance Illinois, an independent statewide education policy and advocacy organization dedicated to ensuring that Illinois provides a world-class education to every student. Robin has spent more than two decades working on public school reform, including as issues director of the Small Schools Coalition and as associate director of Leadership for Quality Education. Robin taught at public high schools in Boston, San Francisco and Chicago before going on to earn her law degree. Robin currently serves as a director of the Annenberg Institute for School Reform and on the Advisory Board of the Community-Based Service Learning Center at DePaul University. She helped found and serves as a Director of North Lawndale College Preparatory Charter High School and has served on two Local School Councils.
Robin graduated from Brown University, received her Master’s degree in Education from Stanford University, and attended law school at the University of Chicago. All three of her children attend or graduated from Chicago Public Schools.

Elizabeth Kirby | Network 11 Chief, Chicago Public Schools | New Leader, Cohort 2
Before joining the district leadership team as Chief of Network 11 (covering schools on the city’s southwest side), Liz served as a principal at Kenwood Academy High School in the Hyde Park neighborhood. In 1999, she began her career at Kenwood as a history teacher, winning a Golden Apple Award during her second year in the classroom. Liz transitioned into school leadership as a member of New Leaders’ Cohort 2 and served as an assistant principal at Kenwood from 2003 to 2005 before becoming principal in 2005. At that time, the average Freshmen On-Track rate at Kenwood was 58.4 percent. By 2010, Liz had increased the rate was 74.5 percent, a gain of more than 26 percent. Moreover, five of the 31 Gates Millennium Scholars chosen in Illinois in 2011 were Kenwood students.
Liz graduated from Harvard College in 1994 and worked as a center director with the Higher Achievement Program in Washington, D.C. She then moved to Chicago and taught at Olive Harvey Middle College, an alternative school for students who dropped out or were expelled from CPS, as well as Triumphant Charter School. She holds a Master's of Science degree from the University Of Chicago.

Erin Clarkin Galfer | Principal, Collins Academy High School | New Leader, Cohort 5
Erin is principal of Collins Academy, a North Lawndale high school in the Academy for Urban School Leadership (AUSL) network. Prior to assuming leadership of Collins in 2014, Erin was the principal at Chicago Academy High School in the Dunning neighborhood for seven years. As a member of New Leaders Cohort 5, Erin served as Resident Principal at Chicago Academy during the 2005-2006 school year, then served as assistant principal for a year and became principal 2007. During her tenure, Erin transformed student achievement by exceeding district averages in ACT composite scores, ACT growth, Freshmen On-Track rates, high school graduation rates, and college enrollment rates.
Erin earned her B.A. from Indiana University and her M.A. in Education Policy and Management from Harvard University.

Please note that unless you are a non-alumnus/a, or just arrived in the Chicago area you are in our database.  Therefore you MUST LOG-IN, at present using your "post.harvard" username and password (not necessarily your post.harvard email address), before completing your ticket purchase, otherwise you will create a redundant record and will have to enter all your contact information again.

CANCELLATION POLICY:  All cancellations must be received during normal business hours, 2 business days prior to the event or the attendee who made the reservation will be charged due to costs associated with the reservation and/or the event itself, regardless of actual participation.